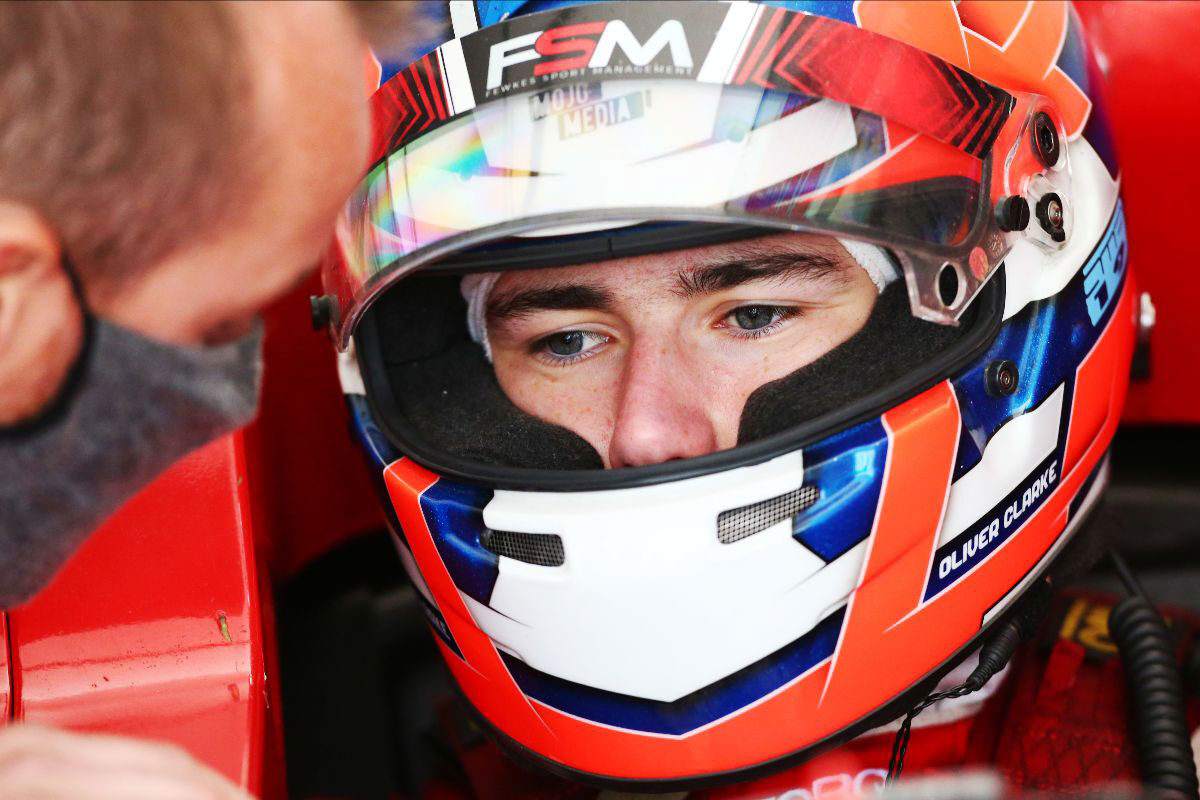 Oliver Clarke is setting his sights on a return to the podium this weekend (October 24/25) as the BRDC British F3 Championship makes its third and final visit to Donington Park for the penultimate event of the 2020 season.

Coming off the back of producing his strongest showing to-date in the single-seater series at his home circuit of Snetterton, the Hillspeed driver has his tail firmly in the air as he chases after more silverware.

Having showcased his raw speed and overtaking prowess as the season has progressed, 17-year-old Clarke has now established himself into a regular top ten contender and is ready to make that next step forward.

With three races scheduled to play out under the flightpath of East Midlands airport over the course of the weekend, the Torq Racewear Athlete will be looking to reproduce his performance from the categories first visit to Donington Park, which saw him net a maiden rostrum in just his second race meeting.

The sixth weekend of the campaign will also see Clarke welcome two new partners on-board in the shape of Mark Brown Electrical from his home town of King’s Lynn and Mitchell Piling Ltd, who as based in Norwich.

“It’s a bit surreal that we’re about to head into the penultimate meeting of the season, this condensed campaign has really flown by but I’ve enjoyed every second so far; we’ve still got lots of racing to do though.

“Heading into the weekend, I’m feeling confident that we have really turned a corner after I had my best performance of the year at Snetterton last time out. Everything clicked and I’m hopeful that I can carry that momentum into Donington Park.

“This will be our third trip to Donington this season so we’ve got plenty of data and experience to draw upon. It’s a circuit I relish driving and it hold special memories as it was where I scored my first podium in the series earlier in the year.

“The way I see it; there are now six opportunities to get back on the podium before the curtain falls on the 2020 season and I’m going to give it everything I have to make sure we I pick up some more silverware!”