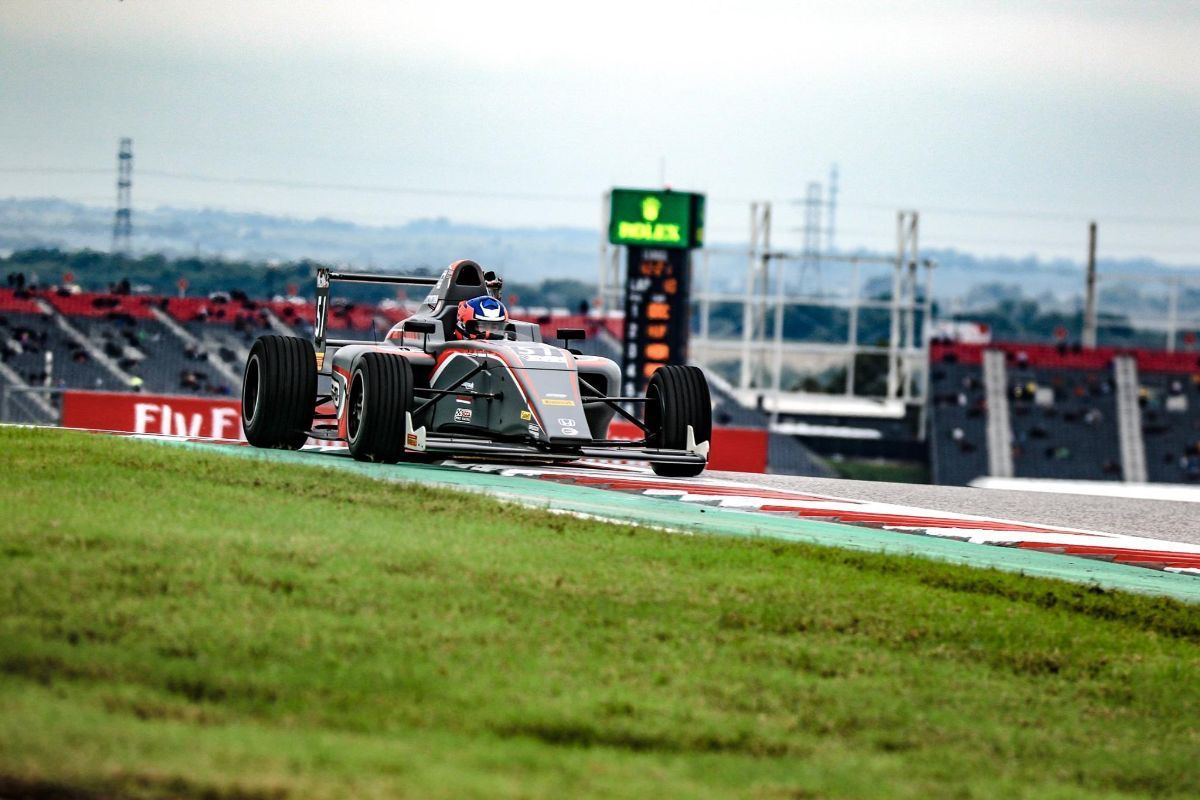 Oliver Clarke will lift the curtain on his 2019 F4 United States Championship powered by Honda season this week (April 18/19/20) at Road Atlanta, with his sights set firmly on making a strong start to the new campaign.

Coming off the back of an impressive debut season in the single-seater series last year, the British teenager will spearhead the Velocity Racing Development (VRD) entry as he bids to make his mark on American soil.

Establishing himself as a force to be reckoned with on the international karting scene growing up, Clarke made the jump into F4 in early 2018 with Benik before switching to VRD later in the year, where he ultimately went on to produce a stellar performance at Circuit of the Americas (COTA) as part of the Formula 1 support package.

In front of a packed crowd of more than 300,000 people, the 16-year-old delivered a scintillating drive to bag a seventh place finish and hand VRD their maiden points in the series.

Having worked tirelessly both on and off the track over the off-season, Clarke returns to the championship for a full campaign and is focused on becoming a front-running contender from the outset.

“I’m really looking forward to Road Atlanta and the opening round of the F4 United States Championship, it is set to be an exciting weekend and I can’t wait to get behind the wheel and get out on track.

With plenty of elevation changes and numerous blind corners the track is a challenging one and I’ve been making sure I am prepared as well as I can be on the SIM; using all of my knowledge from last year’s championship event there.

Myself and Velocity Racing Development had a solid start to our partnership at the end of last year and the aim coming into this weekend is to improve and build on that. If we can score some solid points, stay out of trouble and kick things off in the right direction then I’ll be happy.”