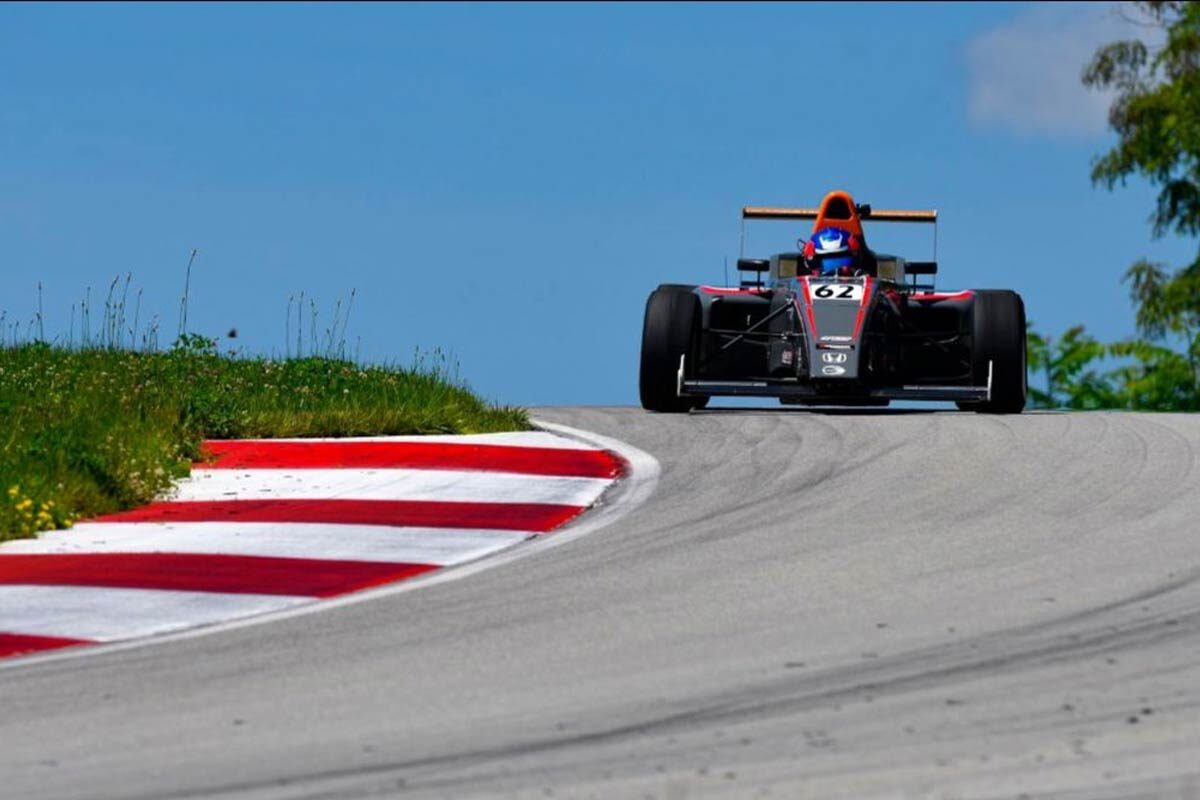 Oliver Clarke endured a frustrating second event of the season in the F4 United States Championship powered by Honda this past weekend (June 21/22/23) as he tackled the Pittsburgh International Raceway.

Coming off the back of a battling performance at the Road Atlanta season-opener, the Velocity Racing Development driver had his sights on fighting further towards the front and scoring a another solid haul of points.

Having been fully focussed on his exams back at home in recent months, Clarke returned to American soil keen to get back behind the wheel and joined a majority of the grid for a two-day test in Pittsburgh prior to the event.

Fine-tuning the car during the test and then free practice, the 16-year-old endured a tough qualifying session around the 17-turn, 2.78-mile circuit. Setting a best time of 1:43.235, the Fewkes Sports Management hotshot ultimately finished the ultra-competitive battle for pole position back in 15th.

Lining up on the eighth row of the grid for race one, Clarke didn’t stay in 15th for long as he was on the move as soon as the lights went out. Scything his way past a handful of drivers during the opening stages, Clarke was soon into the top ten and on the back of an almighty scrap for seventh place.

Tucked up behind Christian Brooks, the former karting champion attempted to utilise all of his overtaking prowess but was unable to make a move, settling for tenth place as he took the chequered flag.

With the grid for the second race of the weekend determined by drivers’ in-race fastest lap from the opening encounter, the Norfolk-based racer lined up on the grid in tenth.

Dropping the clutch as the action roared into life, Clarke found himself in the thick of the action but sadly dropped down the order and ultimately finished a lap down on the leaders.

Keen to bring the curtain down on his weekend with a high, the sophomore season racer started the third and final 15-lap sprint from 14th.

In what proved to be another exhilarating encounter, the teenager narrowly missed on another top ten finish as he hounded the back of Josh Bethune and Guilherme Peixoto – ultimately crossing the line in 11th.

Oliver Clarke: “It has been a tough weekend and I don’t think the results are a fair reflection of the pace and potential we had coming into the weekend. We’re learning as a team all the time however and although the results haven’t fallen our way there are plenty of positives to take away.

“One top ten finish is frustrating but we are well aware of how competitive this championship is as a whole and it is still wide open.

“I don’t think we are too far away from that breakthrough result; we’ve just got to keep working hard as a team, make progress and I’m sure it will come.”