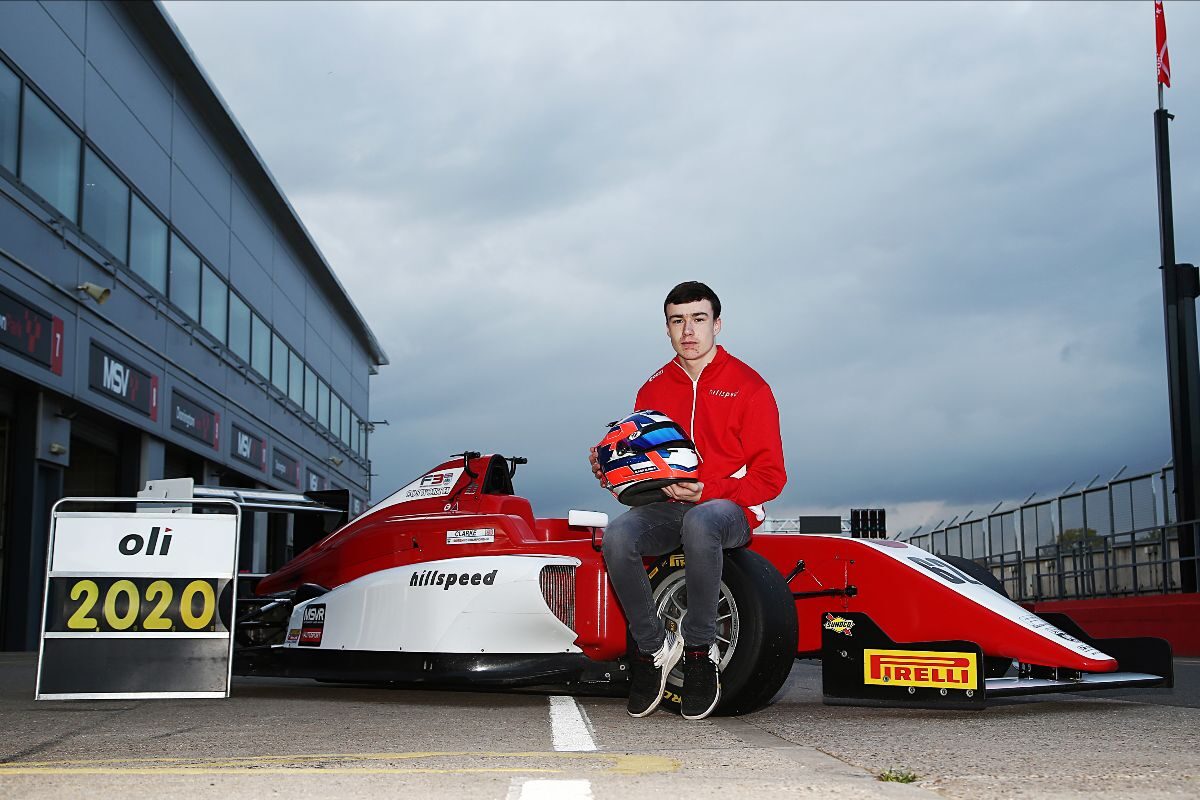 Oliver Clarke will graduate to the BRDC British Formula 3 Championship in 2020 after signing with race-winning outfit Hillspeed.

The 16-year-old makes a move to the series after several strong performances in the F4 United States Championship powered by Honda over the past two seasons.

Stepping up to the single-seater ranks having enjoyed unrivalled success in karting, the Norfolk-based racer set about making his mark stateside with a string of eye-catching performances, taking a best finish of fifth at Road Atlanta earlier this year.

Whilst he has made a name for himself behind the wheel, Clarke continues to reap the benefits of the expertise passed on by Fewkes Sports Management, a boutique sports management agency that develop elite racing drivers and represent him.

As part of his 2020 evaluation process, Clarke got to grips with the Tatuus-Cosworth F3 car at Oulton Park and Donington Park earlier in the year – gelling with the rear-wheel-drive machine instantly.

Completing a deal with what is widely regarded as one of the most successful teams in UK motorsport, Clarke is relishing the prospect of working with Hillspeed and has his sights set on becoming a regular front-runner in the championship next year.

Commenting on his move to the prestigious championship that has propelled the careers of so many drivers, Clarke said: “I’m over the moon to be able to confirm my plans for next year at such an early stage; a huge thanks must go out to my family, FSM, partners and sponsors for helping me to be in the position that I am now in.

“The BRDC British F3 Championship is a proven championship and the perfect platform for me at this point in my career and age. Having tested the car in recent weeks it quickly became apparent as to how good the car is, and that made things even clearer that this is what we wanted to do.

“Joining a team with the pedigree that Hillspeed has is only going to serve me well too and I’ve every confidence that we can enjoy plenty of success moving forward. I’m just raring to go and can’t wait to see what we can achieve together. Hopefully towards the front of the field.”

Hillspeed Team Principal, Richard Ollerenshaw, added: “It goes without saying how delighted we are to have completed a deal with Oliver to race with Hillspeed in BRDC British F3 next season. He’s a terrific young talent, an exceptionally promising young driver, and he’s already shown his ability during the testing we’ve done together so far.

“Securing our first 2020 driver signing just ahead of the final weekend of the current campaign really is fantastic news for Hillspeed and puts us in a very good place ahead of the off-season.

“I’m very confident Oliver will quickly establish himself as a strong contender in his maiden year of Formula 3, and we’re looking forward to helping nurture and develop his obvious skills.”

To find out more information on the BRDC British F3 Championship, Hillspeed and Fewkes Sports Management, click the links.