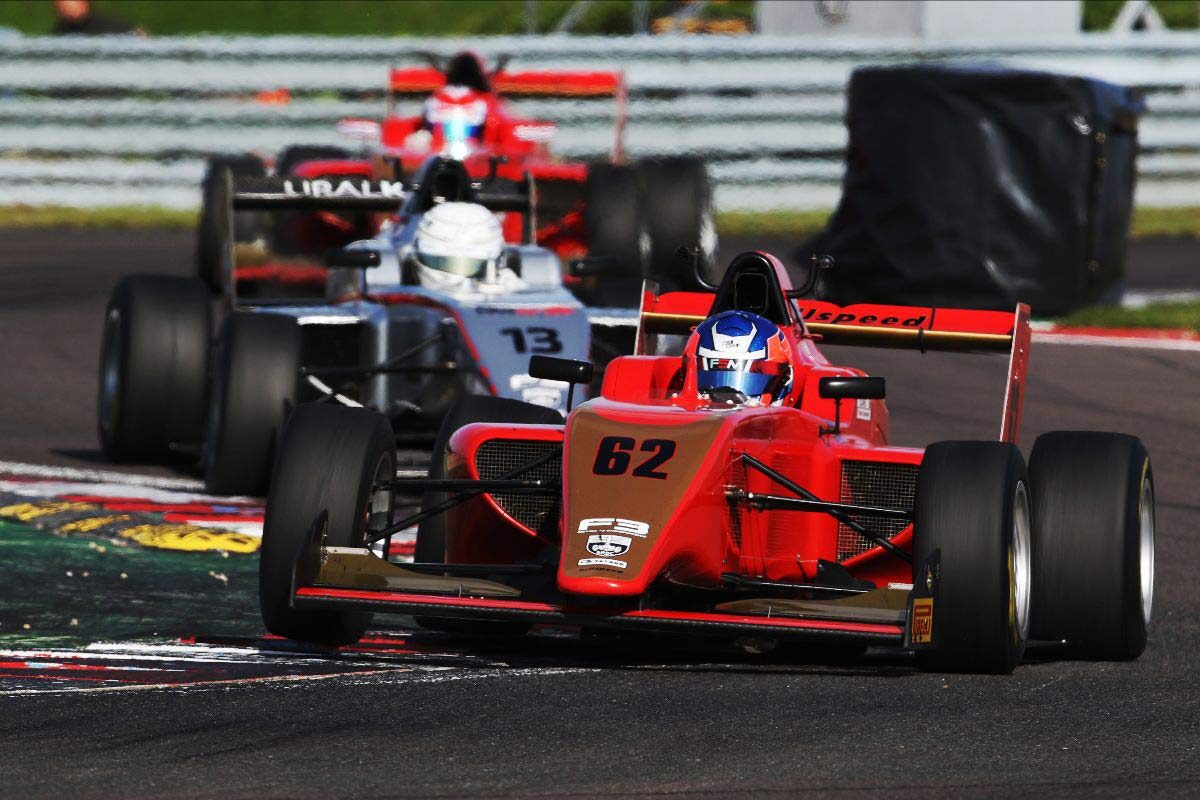 Oliver Clarke extended his run of points scoring finishes in the BRDC British F3 Championship to 14 races this past weekend (September 19/20) after producing a consistent performance at Donington Park.

Having taken advantage of the recent three week break to rest and reset following a busy start to the season, the Hillspeed driver returned to the scene of his maiden podium in the single-seater series with his sights firmly set on scoring top results.

Hitting the Leicestershire track for practice on the Friday prior to the weekend, the 17-year-old showed impressive speed and headed into qualifying optimistic of making his mark.

In what proved an ultra-competitive session, the Torq Racewear athlete saw two of his best lap times – both of which would have been good enough for the top five – removed, forcing him to reset and ultimately post the ninth fastest time.

Lining up on the fifth row of the grid for the opening encounter, Clarke showed his fighting spirit as he moved into eighth in the early stages and from there settled into a rhythm as he ran on the back of a train of cars all dicing for fifth.

Applying relentless pressure to those in front of him, the Fewkes Sport Management racers hard work was rewarded late on as he moved up a spot into seventh in the latter stages.

Race two – streamed live online – would see Clarke once again progress as he banked more points with an eighth place finish. Starting tenth, the former karting ace got his elbows out and found himself in the thick of the action, showcasing his undeniable speed by setting one of the fastest laps whilst moving up the order.

Had it not been for another car making contact with Clarke at exit of Old Hall corner, the King’s Lynn-based teenager had the pace to make his way into the top six.

Unfortunately for Clarke, the third and final race of the weekend proved to be a frustrating one as a visit to the pit lane at the end of the first lap to rectify a puncture scuppered his chances of a strong result.

“I’m pleased to have extended my points scoring tally to 14 races showing consistency, but overall I am quite disappointed with how the weekend went for us.

“We were only able to test on Friday due to budget restraints this week and we showed some brilliant pace straight away, which would have transferred quite clearly to qualifying had my third and fifth place times not had been disallowed.

“We’re working on improving all the time and it is just about having the cards fall your way on the weekend. I enjoyed getting my elbows out in races one and two, it was just unfortunate we couldn’t do the same in race three due to a puncture.

“Next up we’re off to my home circuit of Snetterton and I’ve got my tail firmly in the air. It will mean a lot to get a big result there so I’ll be giving it everything I’ve got.”

The BRDC British F3 Championship now heads to Clarke’s home circuit of Snetterton next, with four races scheduled to take place around the Norfolk venue on October 3/4.