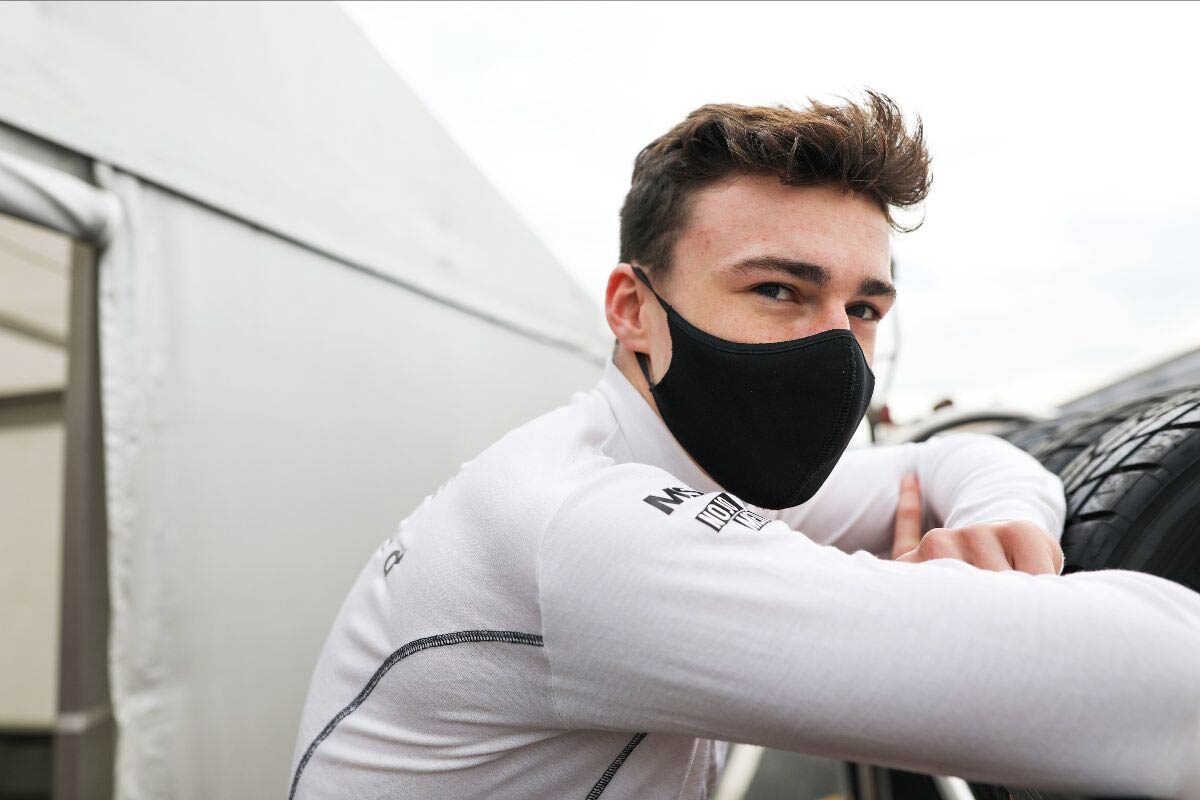 Oliver Clarke will look to make home advantage count this coming weekend (October 3/4) as the BRDC British F3 Championship descends on his local circuit, Snetterton, for the latest instalment of what has been a blockbuster 2020 season so far.

Born and raised less than an hour away in Kings Lynn, the Hillspeed driver heads to the Norfolk track with momentum having finished the last 14 races in the points – one of which was his maiden podium in just his second event in the single-seater series.

Coming off the back of a rollercoaster outing at Donington Park which saw the results not reflect his front-running pace, the 17-year-old is fully focused on putting on a five star display for those in attendance.

With four races scheduled to play out around the challenging 2.99-mile circuit over the course of the weekend, Clarke will be one to watch as the category reaches the business end of the season.

Clarke’s home race will also see him welcome a new sponsor in the shape of Sandles Car Supermarket. Based in Kings Lynn, Sandles offers one of the largest selections of used cars and vans in the King’s Lynn, Norfolk and East Anglia area and they have been in business for more than four decades. View their full fleet of vehicles at https://www.sandles.co.uk/.

“I really can’t wait to get going this weekend! When the revised calendar was announced and I saw that Snetterton was still part of it I was over the moon as this will be the first time I get to race at my home circuit, it’s a really exciting prospect.

“I enjoy the challenges that Snetterton presents, it is a real driver’s circuit and the data we collected in pre-season and at the annual Media Day will undoubtedly serve us well as a team.

“This year we have shown we have had the speed but things just haven’t always fallen our way. Snetterton is hopefully where we can hook everything together and the aim will be to qualify well; if we do that then I’m confident we can fight towards the front throughout the weekend – I want to get back on that podium!

“Being on home turf also means that a few more friends and family will be watching trackside so hopefully that will be worth an extra tenth of a second to push me on. To welcome a new sponsor in Sandles Car Supermarket for the weekend is a real boost too, they’re renowned throughout East Anglia so hopefully we can give them even more exposure with some top results.”

“We at Sandles are really pleased to be partnering with Oliver on his journey through the motorsport ranks. It is a sport we are really passionate about and it has been great to see a local lad doing so well. We’re glad we can get behind him and look forward to watching him not only at Snetterton this weekend but in the future as well.”

To view all of the important information ahead of this weekend’s race meeting at Snetterton, including links to live timing and the event timetable, click here.