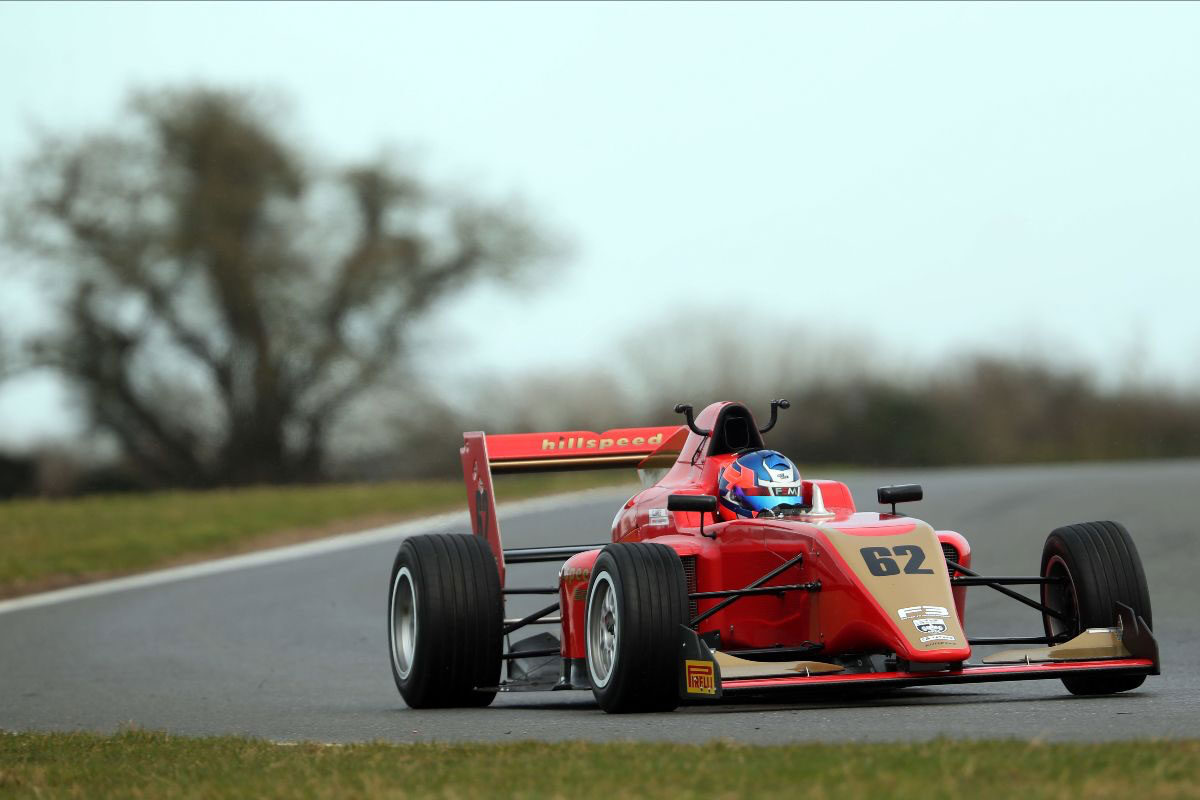 Oliver Clarke will head into the opening round of the BRDC British F3 Championship season at Oulton Park next month in optimistic mood following the series’ official Media Day at Snetterton, which took place earlier this week.

Having put pen to paper on a deal to graduate up into the series with the race-winning Hillspeed outfit late last year, the 17-year-old has been working hard behind the scenes in readiness for the eagerly anticipated curtain-raiser.

In what was one of the first collective outings for a majority of the 2020 field at the Norfolk venue, the Torq Racewear Athlete – who hails from Kings Lynn – enjoyed a productive two days of running around what is his local circuit.

Making the step up into the high-profile category after competing in the F4 United States Championship last year, Clarke wracked up the mileage as he continued his pre-season testing schedule.

Sporting a new red and gold livery in honour of Hillspeed celebrating its 50th Anniversary this year, Clarke and the team worked through a thorough testing programme in what were cold and sometimes drizzly conditions.

Alongside testing, Clarke also took part in the traditional interviews and photoshoots that take place on the BRDC British F3 Media Day as well.

“Since we made the announcement that we would be stepping up into BRDC British F3 this year we have been keeping our heads down and working hard to get things how we want them.

“From my own personal fitness to continuing to find the sweet spot in what is a new car for both me and the team, we have been putting in the hours and hopefully we will reap the benefits of that hard work as the year progresses.

“We weren’t really going for overall lap times during the sessions as we have little bits we are working on however it was good to share the track with the rest of the grid for the first time and see where things stack up.

“I feel as prepared as I ever have done going into a new season and I’m optimistic that we can hit the ground running at Oulton Park next month.”

The 2020 BRDC British F3 Championship roars into life on April 11/13, with Oulton Park playing host to the opening three races of the campaign.