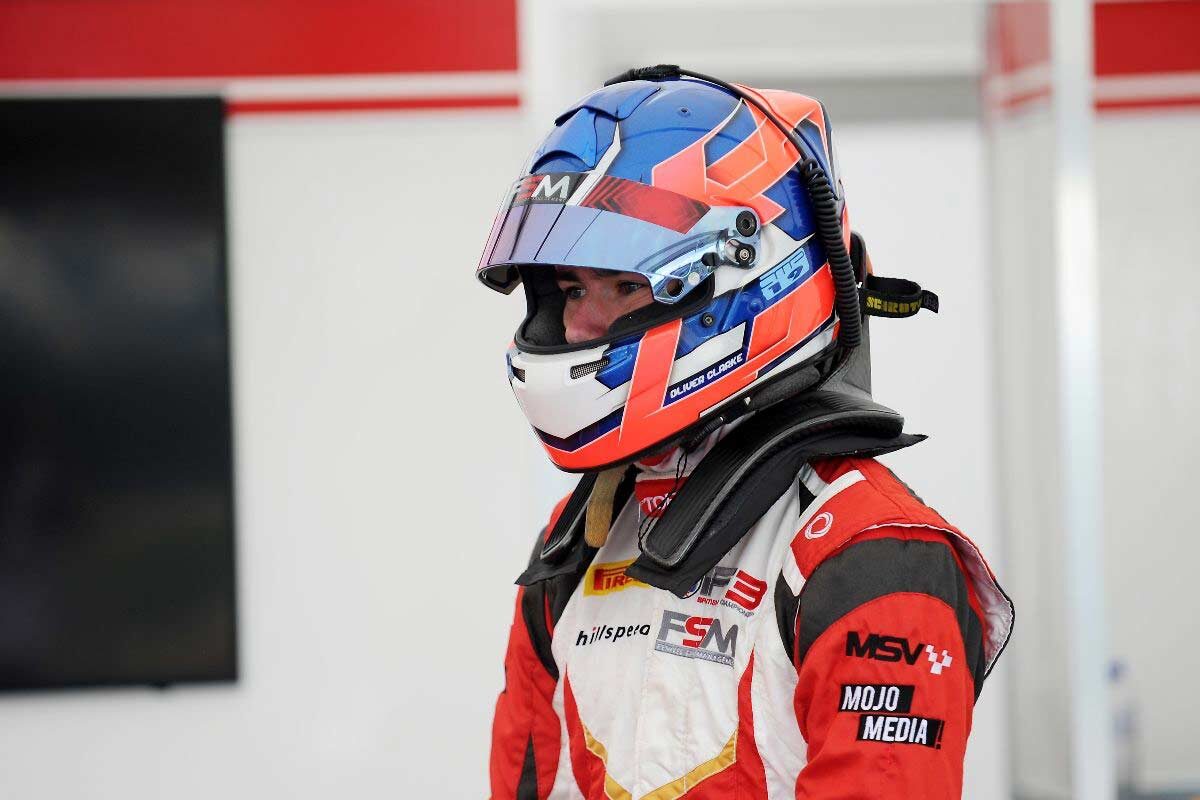 The BRDC British F3 Championship speeds into Donington Park this weekend (August 15/16) for the second event of the revised 2020 season and Hillspeed ace Oliver Clarke is confident that he can make his mark after enjoying an impressive debut last time out.

Making his eagerly-anticipated bow in the single-seater series at Oulton Park earlier this month, the 17-year-old underlined his credentials as one to watch this year by powering his way to a trio of top seven finishes.

Showcasing the raw speed and race craft that led him to success in previous categories, Clarke was a constant threat inside the top ten from the outset – a credible achievement despite having not raced competitively in more than a year.

Now, sitting eighth in the overall championship standings after the opening four races, the King’s Lynn driver heads to Donington Park for the first of what is scheduled three events set to be staged at the Leicestershire venue during the remainder of the year.

Having clocked plenty of pre-season testing mileage under the flightpath of East Midlands airport in recent months, the Fewkes Sport Management racer enters the weekend in a buoyant mood and optimistic of what he can achieve across Rounds 5, 6 and 7.

“To score three top seven finishes on my debut in the championship was a great start to the season, but now it’s just as important that we carry that momentum forward and build on those results at Donington Park this weekend.

“Before the season started I’d done quite a bit of testing at Donington Park so I’m feeling confident that we’ll have good pace and be able to mix it towards the front. It is a real driver’s circuit and one I’ve always loved so that will hopefully play into my hands.

“This season looks like it is going to be super competitive but we know where we can improve and I’m optimistic we can make another step forward this weekend. If I can come away with some silverware I’ll be very happy!”

To view all the important times of when Clarke will be on track around the Grand Prix layout of Donington Park this weekend, as well as other information, click here.