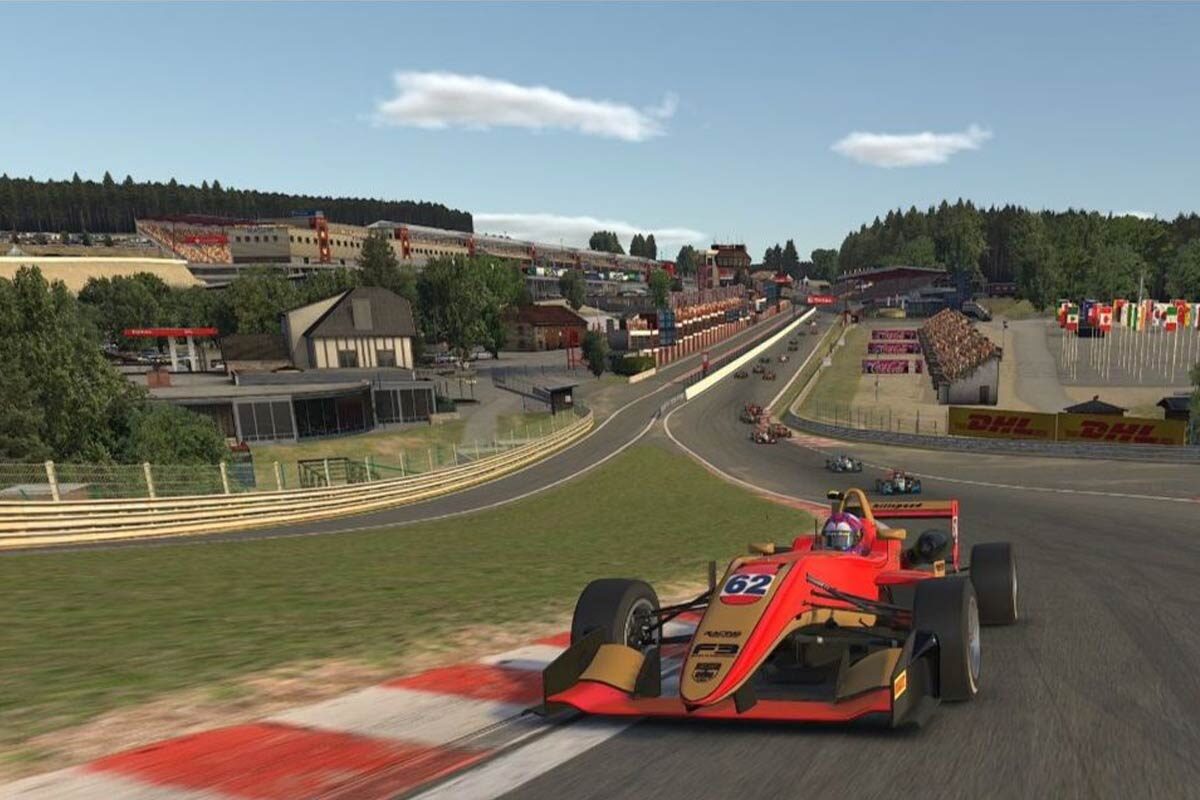 Oliver Clarke brought the curtain down on his BRDC British F3 iRacing Championship campaign in impressive fashion this past Sunday (June 14), capping off a competitive five weeks of virtual competition and further underlining that he will be one to watch once real racing resumes.

With the start of the BRDC British F3 Championship postponed due to the COVID-19 pandemic, the single-seater category elected to stage a five-round championship in association with Apex Racing TV; with the grid made up of past and present British F3 racers.

Representing Hillspeed, the 17-year-old enjoyed a strong showing at Oulton Park where he took a best finish of sixth before then powering his way to pole position at the legendary Spa Francorchamps. Whilst the results didn’t fall his way around the Belgian Formula 1 circuit, Clarke showcased his ruthless speed and race craft.

Moving onto Silverstone, the Torq Racewear athlete once again qualified on the front row and went on to score what would be a fourth place finish, his best result of the series.

Pole position and two high points-scoring finishes would follow at Brands Hatch the next week before Clarke signed off with another pair of front-running performances at Donington Park, netting a sixth place finish in the opener before narrowly missing out on the top ten in the finale.

Whilst his iRacing exploits have taken centre stage during the past month, the King’s Lynn-based teenager has also been ramping up his preparations for the start of the 2020 motorsport season too.

Training at home has been recently coupled with sharpening his skills behind the wheel by karting at Whilton Mill – all in a bid to ensure he is ready to make his eagerly-anticipated debut in the category.

Recently, the BRDC British F3 Championship announced a revised 24-race post-lockdown calendar which is set to start on August 1/2 at Oulton Park. From there the series will make three visits to Donington Park whilst also comping at Brands Hatch, Snetterton and Silverstone – which will play host to the series finale in early November.

“Having the opportunity to race in the BRDC British F3 iRacing Championship has been fantastic and I’m very happy with the results that I’ve been able to achieve. I was on the pace at every circuit we went too, especially over one lap, and I’d like to think that I showed what I’m capable of moving forward.

“Being in the middle of a pandemic and lockdown, these have been unprecedented times but the past five weeks have been really enjoyable and has proven to provide invaluable exposure to all of my loyal partners – it has opened up a new audience that we perhaps wouldn’t have been able to reach in normal circumstances.

“I’ve really learnt a lot from this experience and it is something that I’m sure that is going to benefit me when we get back to real racing in August. It feels like forever since I was last out on-track but I’m relishing have the opportunity to do just that – and I feel more than ready for the challenge that lie ahead.

“Huge credit must go to the organisers for putting together a 24-race calendar over such a short space of time. It is going to be all-out action and I can’t wait to get started!”