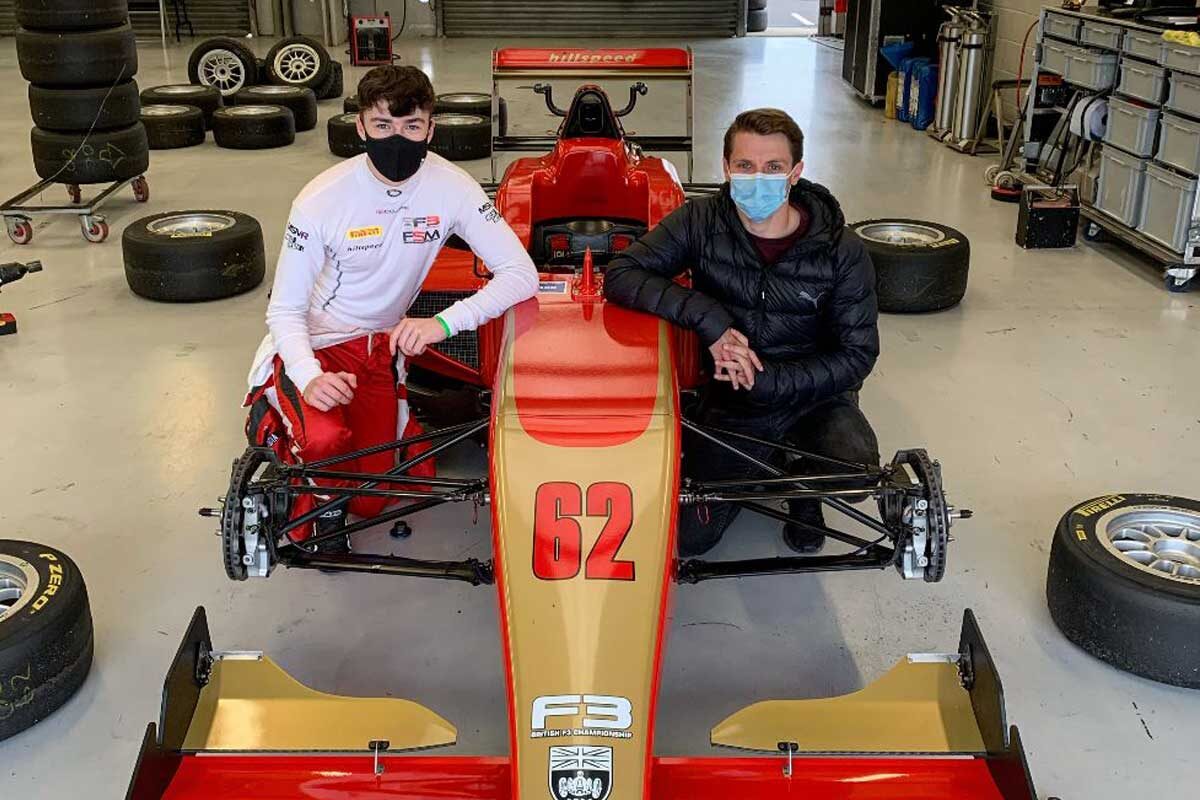 Oliver Clarke has ramped up his preparations ahead of the new BRDC British F3 Championship season over the past week, showcasing impressive pace on his return back behind the wheel during test days at both Donington Park and Silverstone.

More than 100 days since he last put his Hillspeed-prepared machine through its paces, the 17-year-old hit the ground running and showed no signs of rustiness despite the recent coronavirus lockdown preventing him from driving.

As the countdown to his eagerly-anticipated debut in Britain’s premier single-seater series intensifies, Clarke racked up the mileage as he continued his pre-season test programme.

Under the flightpath of East Midlands airport, Clarke lapped competitively in both dry and wet conditions – fuelling his and the team’s confidence ahead of the revised campaign.

One week later and Clarke – who hails from Kings Lynn – descended on the home of British motorsport, Silverstone, and delivered another flawless performance on the Grand Prix layout of the famous venue.

Joined by Fewkes Sports Management’s Head of Driver Development Jordan King, Clarke benefitted from the wealth of racing experience King has built up down the years having enjoyed stints in Formula One, IndyCar and the FIA World Endurance Championship.

Battling challenging track and weather conditions once again, the former multiple karting champion underlined his credentials as one to watch in 2020 with a string of impressive laps around the Northamptonshire circuit.

“It has been really great to finally get back behind the wheel of a race-car and sharpen my skills ahead of what is going to be a busy few months of racing due to the condensed schedule.

“Both test days at Donington Park and Silverstone proved to be hugely beneficial as it not only allowed us to blow the cobwebs away but also try some things that we perhaps wouldn’t have had the opportunity to try during the season.

“Our times have been really encouraging and having somebody such as Jordan in my corner is only going to benefit me further as I can draw on all of his experience and hopefully apply it to what I’m doing.

“It has been a long time coming but the start of the season is now well within sight and I’m feeling really confident that we can make our mark on the championship once racing gets underway.”

“There’s no doubt that Oliver is a very promising talent and we have been delighted with the way that he has adjusted to life in the BRDC British F3 car so far.

“To come out of lockdown and be straight on the pace is a credit to Oliver and the work that he is currently putting in behind the scenes. We’ve made some very good progress during the past week.

“We’re under no illusions that the BRDC British F3 grid will be ultra-competitive this year, but are convinced that Oliver has the ability take it all in his stride and compete at the front.”