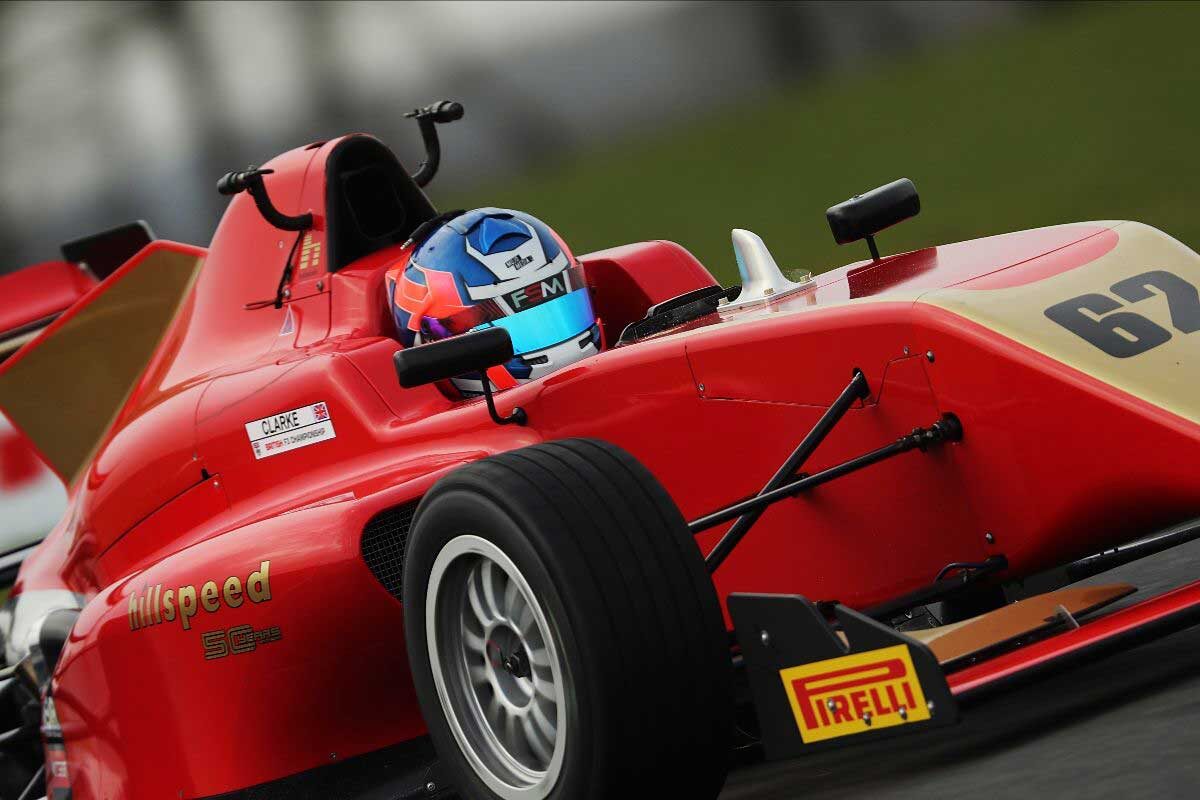 Oliver Clarke will make his long-awaited BRDC British F3 Championship debut at Oulton Park this weekend (August 1/2) and the 17-year-old is excited hit the track as he targets making a strong start to his 2020 campaign.

Having seen the start of the season postponed for more than three months due to the global COVID-19 pandemic, the single-seater series will finally roar back into life around the Cheshire venue with four high-octane races scheduled to take place.

Representing front-running team Hillspeed as they celebrate their 50th anniversary this year, the Torq Racwear athlete feels more prepared than ever heading into his maiden season behind the wheel of F3 machinery.

Whilst UK lockdown restrictions meant that Clarke wasn’t able to get any track time in for a while, the multiple karting champion ensured he was working hard from his King’s Lynn home – both physically and mentally.

Recently, Clarke ramped up his preparations for the new season with successful test days at Donington Park and Silverstone before bringing his pre-season test programme to a close at Oulton Park.

Clocking plenty of mileage as well as benefitting from the expertise passed on from Fewkes Sports Management’s Head of Driver Development Jordan King, Clarke is raring to be let off the shackles and showcase what he is capable of.

“I’m so excited to finally be able to get back racing! Due to COVID-19 it has been a long time coming but I think the extended layoff has only allowed me to prepare even more and I feel ready to compete against what is an ultra-competitive field.

“Over the past few months I’ve been working on being the best version of myself both in and out of the car and I’m confident that that will come across once we hit the track at Oulton.

“I’ve had plenty of running around the circuit in pre-season and we’ve performed well there, making improvements all the time.

“Given how condensed the calendar is we know we are going to be in for a busy few months, starting this weekend. If we can score some solid points, mix it towards the front and most importantly stay out of trouble, then I’ll come away from Oulton on Sunday night happy.”

To view all the important times that Clarke will be on track this weekend at Oulton Park, plus more, click here.