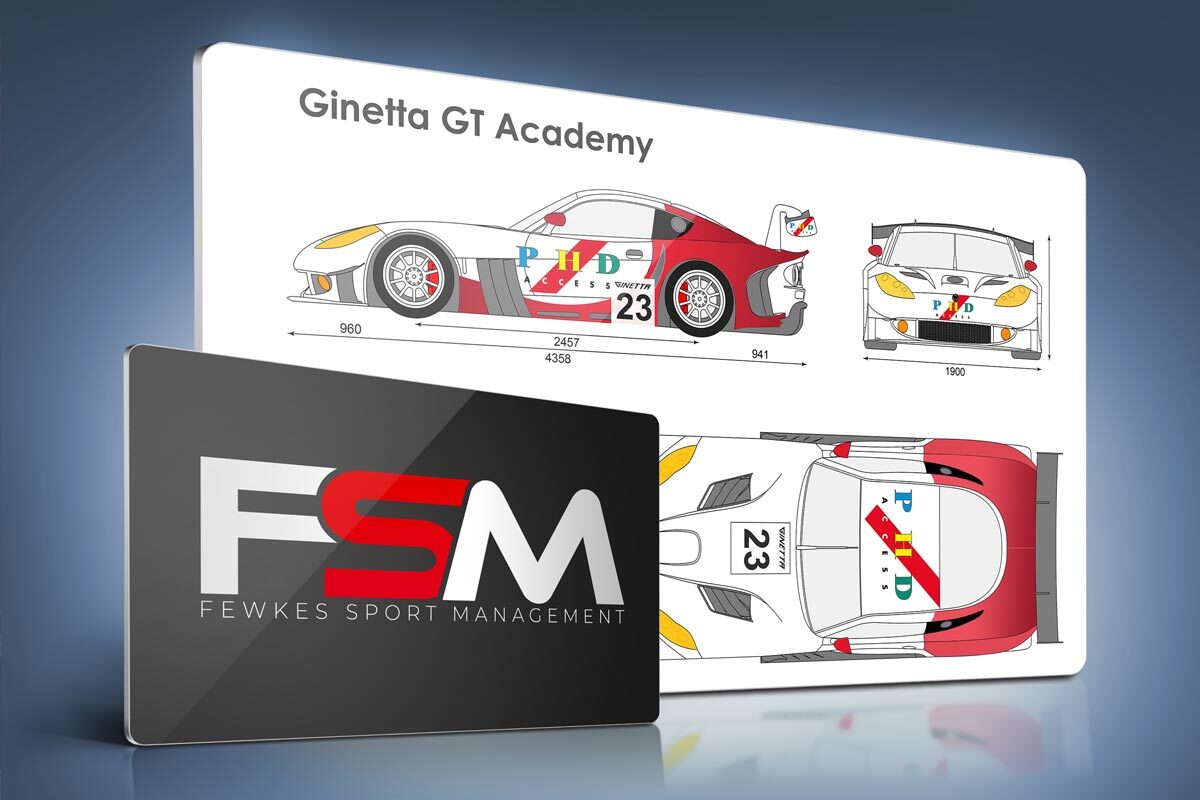 Fewkes Sport Management is delighted to announce that Danny Dwyer has joined its ever-expanding client roster supported by PHD Access ahead of making their racing debut in 2021, which will see them compete in the all-new Ginetta GT Academy.

At the helm of the company, Dwyer has also forged a name for himself within the sporting industry by virtue of his ties with its sponsorship of London Irish Rugby Club in the Gallagher Premiership.

With more than 30 years’ of expertise working within the motorsport industry, FSM will work closely with Dwyer to develop his skills and maximise commercial opportunities within PHD’s activation as they take their first steps into motor racing via the Ginetta GT Academy.

The GT Academy is a new championship launched for 2021 and is billed as a one-make series which offers entry level racing for drivers of all experience levels. The field will be split between experienced drivers and a ‘Rookie’ class, with the calendar made up of appearances alongside both British GT and the British Touring Car Championship.

“I am delighted to join Fewkes Sport Management ahead of my debut year of car racing in the Ginetta GT Academy in 2021.

“FSM have a wealth of experience both on track with their racing credentials, and off track commercially. This is an excellent fit for my personal development and for that of PHD Access, who are broadening their activations from the Gallagher Premiership.

“We have already sampled the Ginetta GT Academy car a few times and I felt comfortable in it instantly. We have all of the right ingredients to challenge at the front of the grid in my debut year and I can’t wait to get started.”

“We’re absolutely delighted to welcome Danny Dwyer and PHD Access to FSM and cannot wait to get started on this exciting venture into the Ginetta GT Academy for 2021.

“It’s been in the pipeline for some time now, and to be working with Danny and such a key international award-winning scaffolding and access provider is a hugely proud moment for FSM.

“PHD Access has a fantastic reputation from activating with London Irish Rugby Club in the Gallagher Premiership, and FSM looks forward to matching its ambitions commercially on and off the track within motorsport.

“Having worked with Ginetta on their LMP1 project and knowing what they are capable of, I’m excited to be helping Danny develop his driving as he starts his motorsport journey while entering a new championship.”