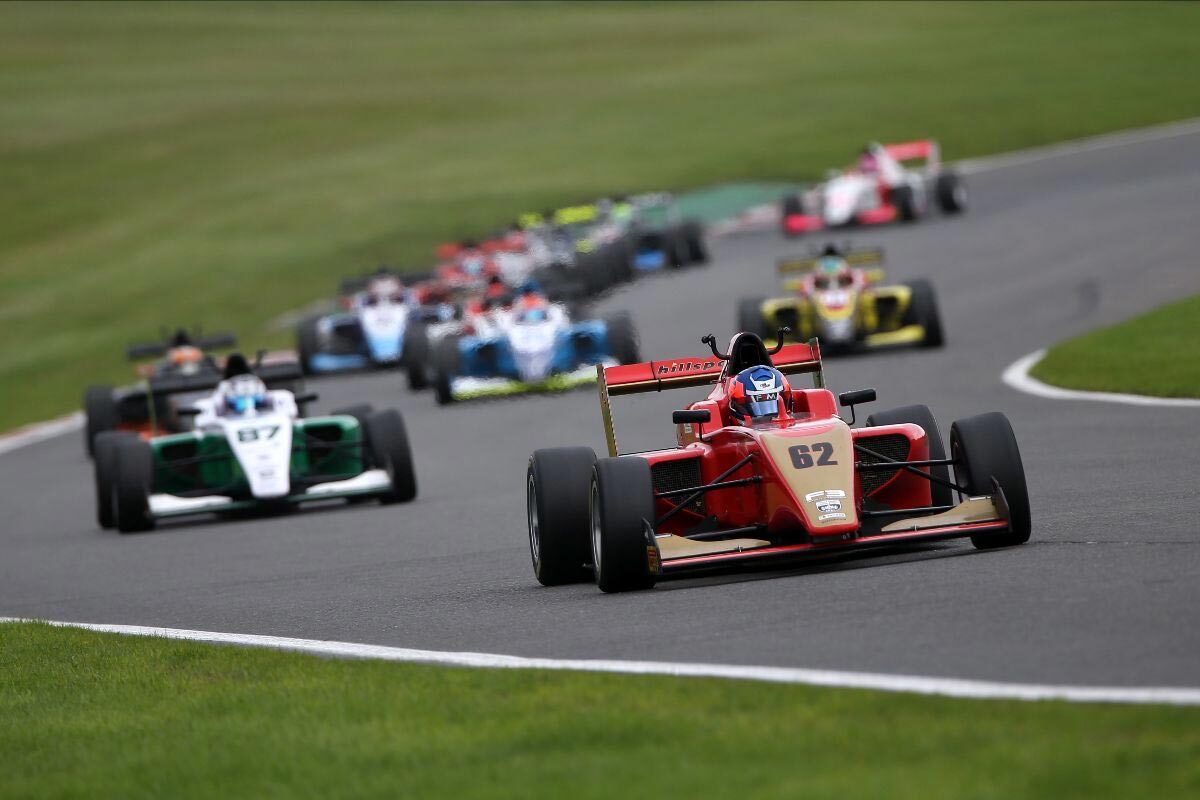 Oliver Clarke produced another strong performance in the BRDC British F3 Championship this past weekend (August 29/30) around the Brands Hatch Grand Prix circuit, scoring a quartet of points finishes – the best of which being a fourth place in race two.

Coming off the back of his first podium of the season at Donington Park last time out, the Hillspeed driver was keen to build on the momentum he had built up across the opening month of the 2020 season.

Getting to grips with the 2.43-mile circuit across Friday’s four practice sessions, the 17-year-old endured a frustrating start to his weekend on Saturday as a small mistake in damp conditions during qualifying saw him skate into the Druids gravel trap and ultimately fail to set a lap time.

Subsequently starting from the back of the grid for the opening encounter, the Torq Racewear athlete wasted no time in moving forward as he made up five places on the first tour. Following a brief safety car period, Clarke settled into a groove and made up a fourth spot before the end to finish ninth.

Lining up in sixth for the second race of the weekend, the King’s Lynn ace underlined why he shows all the hallmarks of being a future race-winner as he narrowly missed out on a second podium of the season.

Jumping up two spots during the opening stages, Clarke began to hound the top three and would continue to do so throughout the race. Unable to find a way past however, Clarke ultimately settled for fourth place and banked a solid haul of points.

Race three was to be one of pure attrition as the Fewkes Sport Management driver had to once again start from the back of the grid due to his qualifying woes. Surviving a frenetic opening few laps which subsequently caused a red flag stoppage, Clarke kept his nose clean on the restart to cross the line in 11th.

Clarke capped off his weekend with another consistent drive as he competed a clean sweep of race finishes in 12th place.

Following the third event of the season in the single-seater category, Clarke sits 12th in the overall Drivers’ Championship.

I think it is fair to say it has been a bit of a rollercoaster weekend. Failing to set a time in qualifying put us on the back foot and we were playing catch up from that point onwards.

“We did the best job we could and to come away with fourth place in race two was really encouraging. We’ve got the pace to mix it towards the front, we just need the consistency – that will come in time.

“Overall, four points finishes is not something to be disappointed and I made progress every time I was in the car.

“It’s been a busy month but we’ve now got time to take a second to relax and take stock of things. There are plenty of positives and negatives to look at across the opening three events so we’ll look at where we’re strong and where we can improve to ensure we’re in the mix next time.”

The BRDC British F3 Championship returns to action on September 19/20, making the second of three visits this year to Donington Park.