An established leading driver within global motorsport, Jordan King has been brought in to Fewkes Sport Management to bolster the team from a development standpoint bringing over fifteen years of motorsport experience. Jordan is possibly the most diverse racing driver in the market place having driven competitively everything from Formula One to IndyCar to WEC LMP1 at the highest levels. He is an invaluable asset whilst aiding FSM with its goal to guide and nurture talent throughout the motorsport ranks and turn them into race winners, both on and off the track.

Sarah and I have worked with Jordan since 2009 when he first tested one of our Formula Renault’s in his very first outing in a single-seater, through to working with him in the FIA F2 Championship in 2017 and 2019.

I myself have worked with many single-seater drivers direct from karting including Kimi Räikkönen, Lewis Hamilton, Alexander Sims and Max Verstappen. I can safely say that several aspects serve to set Jordan apart from the norm.

Jordan commands obvious speed and a significant level of fitness, but without question his feedback is to a very high standard. He is a very knowledgeable driver and is extremely able to cope with lots of information – actually more than we are used to supplying. Those attributes coupled with Jordan’s work ethic and way that he seeks to choose the right way to explain his feeling in the car is invaluable.

Being a part of the team that has worked with Jordan on so many occasions leads me to the conclusion that Jordan is a very experienced and switched on racing driver who’s knowledge is impressive from working and competing in so many top-level racing series including Formula 1. I am certain that his input would greatly benefit any situation and the development of young talent in the future. 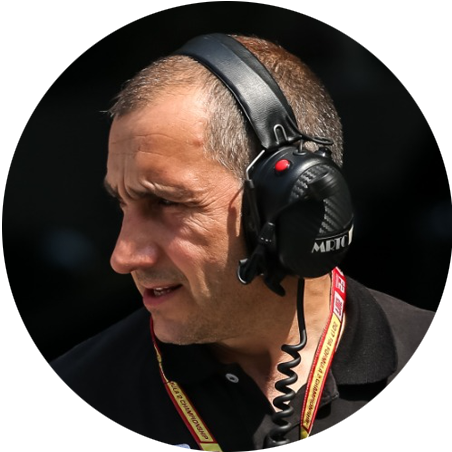